Question: Does the Bible support discovery of God’s creation through scientific method and inquiry, directly and/or indirectly?

In April, we’re publishing two posts due to the nature of the question, one by a scientist and one by a theologian. Greg Cootsona, the theologian, is the director of STEAM, Science and Theology for Emerging Adult Ministries, the grant project mentioned above that offers resources for college and post-college ministries to integrate Christian faith and mainstream science. He’s also on the faculty at Cal State Chico and his book on emerging adults, Christian faith, and science is set to be published by InterVarsity Press in 2018. We’re delighted to feature his work this month. Stay tuned for Post 2 on this question from the perspective of a scientist.

From the Glories of Creation Back to Our Glorious Creator

The Bible begins in an awe-inspiring description of God’s creating the universe. Science starts with wonder. And these two statements are one way to answer “Yes!” to the question, “Does the Bible support discovery of God’s creation through scientific method and inquiry?”

First to Genesis 1, which repeatedly describes the creation of the world as “good,” and takes it home with a “very good” in verse 31 . . . In these first pages of Scripture, we hear that the natural world is reliable and beautifully intricate, and when we confess that God has created this world very good, we are in the proper starting place for the study of nature as Christians and as scientists. I would add that this connection between the beauty of the world and our desire to understand creation makes all Christians, in some sense, scientists . . . at least those Christians who find that observing the natural world draws them more deeply into God’s presence. Consider the psalmist (as paraphrased in The Message):

What a wildly wonderful world, God!
You made it all, with Wisdom at your side,
made earth overflow with your wonderful creations. Psalm 104:24

In fact, this creation is so good that, whether or not scientists explicitly note God’s role in creation, they are drawn to nature’s beauty, intricacy, and mystery. I remember an experience at a conference on science and theology where a biologist and atheist commented, “Every scientist I know began with a profound experience with nature as a child.” This could be a fourth grade “outdoor education,” a chemistry set for an eleventh birthday, or “just being fascinated by the bugs in the cracks of the sidewalk” as a doctoral study in natural science once told me he did as a kid.

Similarly, Paul tells us in the oft-cited passage, Romans 1:20, that “ Ever since the creation of the world his eternal power and deity, invisible though they are, have been understood and seen through the things he has made.” God’s general revelation in nature draws us. And as Christians, what all human beings know implicitly we know in fullness through Jesus Christ through whom all things were made (John 1:3). The message of the Bible is that we are created to relate to the world around us. The thrill of the scientist is that the natural world is exciting to discover. And that drives the processes of science.

Consider Eva, the nine year old daughter of my friend Brian. As we were all hiking together with a group in the Sierra Nevada Mountains, Eva would find beautiful rocks and bring them to her father (who has a degree in geology) with these words—“Aren’t these amazing, dad? Isn’t this one pretty?” Brian affirmed her scientific impulses and dutifully collected each of these geological gems (as they gradually filled and weighed down his backpack.) Once a rock was deposited, Eva would run off and search for another in her implicit and exuberant celebration of the goodness of creation.

Eva essentially summarizes a key point: the love of the intricate beauty of nature is the beginning of science. The head of the National Institutes of Health and one of the top scientists in our country—and also a follower of Jesus—Francis Collins commented, “I find that studying the natural world is an opportunity to observe the majesty, the elegance, the intricacy of God’s creation.”

Or as Jeff Hardin, zoologist at the University of Wisconsin, Madison, summarized it so well at the recent BioLogos conference: “Why be a scientist? Worship.”

We can worship through the instruments, methods, and thus discoveries of science. We can worship simply by immersing ourselves in nature. C. S. Lewis phrased it well in Letters to Malcom: Chiefly on Prayer, “One’s mind runs back up the sunbeam to the sun.” We follow the gift back to the Giver. Through glories of creation, we are drawn back to our glorious Creator. The Bible describes this move as an essential component of studying and enjoying the natural world. This indeed is an act of worship that scientists teach us to do so well. 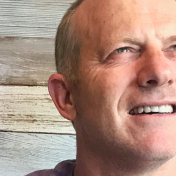 Greg Cootsona is Lecturer in Religious Studies and Humanities at Cal State Chico. He also directs a three-year, $2 million grant project housed at Fuller Theological Seminary in Pasadena, which offers resources for leaders of emerging adult ministries on how to engage Christian faith with mainstream science. From 2002-2016, he served as associate pastor for adult discipleship at Bidwell Presbyterian Church in Chico and from 1996-2002 at Fifth Avenue Presbyterian Church in New York City. Greg grew up in the Bay Area. He studied comparative literature at U.C. Berkeley; theology and biblical criticism at Princeton Theological Seminary (where he received his Master of Divinity degree); and the philosophy of religion, Christian doctrine, as well as science and religion at the Universities of Tübingen and Heidelberg and Berkeley’s Graduate Theological Union (the latter where he received his Ph.D.). Greg has written *Creation and Last Things: At the Intersection of Theology and Science* and *C. S. Lewis and the Crisis of a Christian*. He has just finished *Emerging Adults, Christian Faith, and Science* to be published in 2018. Greg blogs regularly for the Huffington Post, has written for several periodicals such as Theology and Science Journal, Zygon, the Wall Street Journal, and Christianity Today online; has been interviewed by CNN, the BBC, and The New York Times; and has appeared on the Today Show three times. He and his wife, Laura, live in Chico and have two college-age daughters (19 and 22). Besides hanging out with his family, he loves to bike, read, write, and drink good coffee.