Second post in a series drawing from and interacting with Richard Mouw’s Abraham Kuyper: A Short and Personal Introduction (Eerdmans, 2011). If you missed it, you may desire to start at the beginning of the series with The Lure of Kuyper.

when Eve and Adam succumbed to the Serpent’s challenge, then, they turned their wills away from God and placed their ultimate trust in something less than God. (Mouw, 10)

This turning of the will, not necessarily the act, is the first sin. Kuyper reminds us that when we sin in the heart we sin in the flesh, echoing the words of Christ. Sin is not merely an act for Kuyper. Too often we focus on what we do and call that sin. This allows us to forget that sin is a condition placed upon us by our rebellion. We are cursed not just by Death, but to live under the shadow of death the rest of our lives.

For Kuyper, “Sin does not consist simply in the awareness of our finitude, or a basic anxiety that emerges out of that awareness. The Fall was not about finitude as such, since human beings were at one time both finite and unfallen. What introduced sin into the created order was an act of will, a rebellion against the command of God.” (9) Sin did not introduce finitude. We were created, in Kuyper’s thought, finite for only God is infinite. This in contrast to St. Thomas Aquinas’ view that we were created as infinite but not eternal. In Aquinas’ thought, only God is without beginning or end, which is to say eternal. For Aquinas and Catholic doctrine, Adam and Eve were infinite, with beginning but not end. In Kuyper’s reading of creation, we are with beginning and with end. We began with Creation and will end in Redemptive Consummation. Death was always in play, but death was not always negative. For Kuyper, death was natural and part of the limitations of the flesh. Matter, for Kuyper, following Augustine, is fallible, malleable and can break down. Finitude is not the problem for Kuyper. The problem for Kuyper is that we, in our finitude, rebelled against the infinite.

This rebellion did not bring about the need for Redemption, however. Redemption, which is to say the bringing Creation in line with God’s will, always was. Creation is Redemption and Redemption is Creation, following some of the Church Fathers. (For more on this, see Peter Bouteneff’s book entitled Beginnings.) Creation is an expression of God’s love and will and is a necessary outpouring of God. It is no accident that God created not just the world, but the Cosmos, all that exists. If God created all as part of His divine will, then it is logically and theologically sound to say that God is redeeming all of the Cosmos. “This points us to a much bigger Christ than is often understood by evangelicals” (13) who tend to focus only on humans and their souls.

Sin did not put an end to this decree. This decree continued forth and is still sustained. What sin did is stain the creation, pervert the culture of care, and bringing in sharper focus the need for grace in this task. It is, and will always be part of God’s will to bring Creation and Creature closer to himself.

In one of Kuyper’s seemingly more controversial statements, he declares that Jesus “did not come to do something brand new” (14) . The work of Christ was present in Creation, in spreading God’s love. This mission never changed. “Jesus came to redeem the creation” not to create again. Jesus came “to cleanse” the cosmos from the depravity that permeates the cosmos.” Jesus came to “fix what had been broken by sin.” (14) Nothing is new, everything is a continuation of God’s creative and redemptive acts. Kuyper asks to ponder this:

Can we imagine that at one time God willed to rule things in a certain moral order, but that now, in Christ, He wills to rule it otherwise? As though He were not the Eternal, the Unchangeable, Who, from the very hour of creation, even unto all eternity, had willed, wills, and shall will and maintain, one and the same firm moral world-order! (Lectures on Calvinism, 71-72)

If we hold that Christ came to do something new, to change the world order, we hold that he is not the same God that created all, but a new divinity taking over. This, in Kuyper’s mind is absurd. Christ wills and will always will the same.

From the outset of Genesis 1:28, we are called to help in the redemptive process. We are not to only care for ourselves, or other humans, but the whole of created order. Christ came not to redeem humans. Christ came to redeem all of His Created Order and remove the stain of corruption from all that exists. “Our discipleship includes cultural obedience” (15), that is to say, if Christ’s concern is all of Creation, it is our concern also.

The next post in the series will explore Kuyper’s View of Creation. 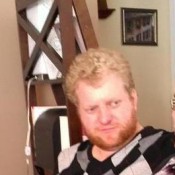