You are here: Home / Vocation / Academics as Mission / A missionary calling to Africa for Christian academics: Part 1

Editor’s note: I had the privilege of meeting G. Randall Bond, M.D. at Urbana12. Randy was one of a number of people who visited the Emerging Scholars Network (ESN) booth to share not only a vision for, but also a commitment to next steps in “academics-as-mission.” A hearty “Thank-you!” to Randy for sharing his passion with the Emerging Scholars Network via our blog. I encourage our readers to share their thoughts/insights on the topic with Randy. He truly enjoys engaging in Transformative Conversations and I am hoping for the Emerging Scholars Network to be on the cutting edge of larger “academics-as-mission” conversations in a number of contexts in preparation for Urbana15. To God be the glory! ~ Thomas B. Grosh IV, Associate Director of ESN, editor of ESN’s blog and Facebook Wall.

The case for academics to consider “academics-as-mission” in sub-Saharan Africa.

The call to Christian missions in Africa in the 21st Century is quite different than even 40 years ago. The Holy Spirit is now primarily using Africans to advance Christ’s church in Africa. But our brothers and sisters are still in great need. African church leaders are asking for help in transforming their communities — through development, not charity. But development is not just about village based projects and micro-enterprise loans.

It is now understood that rapidly expanding economies also need university graduates — for government, for business and as professionals. Therefore private and public universities in Africa are starting and expanding at an incredible pace. Between 2000 and 2011 the number of institutions recognized by the Inter-University Council for East Africa almost tripled — from 33 to 87. In this context it is impossible for qualified African faculty to fill the needed teaching positions, especially in fields where advanced training has been limited, government and the private sector compete for limited talent and the “brain-drain” has taken potential faculty out of Africa. Consequently, there is great need for expatriate professors.

I believe that God’s grace to us, spiritually and materially, calls us to participate in responding to this need. One option is to get personally involved as a professor helping to educate the next generation of doctors, nurses, business leaders, entrepreneurs, engineers, architects, secondary teachers, university professors, lawyers and political leaders.

Life as an expatriate academic in Africa

Day to day, the primary role of a missionary professor in Africa is teaching undergraduates and graduate students. Additional roles include mentoring of student research projects and overseeing internship experiences. Original research and grant writing are distant “also-rans” in this hierarchy of time. Western academics also bring a different teaching model: critical thinking and reasoning skills, not just rote learning.

The case for teams

Teaching is hard enough in America but is harder in a cross-cultural environment. Not only must professors live in an unfamiliar environment (perhaps with spouses and young children also struggling to adapt), but students respond differently, the learning process is different, supporting resources are less available, the expectations of colleagues are different and things “just don’t work the same” — at the university or at home. The disorientation can be fatiguing and discouraging.

Consequently, my own bias is that in addition to institutional accountability, expatriates (and their families) serving as academic-missionaries need support and accountability to on site peers who know and understand their home culture as well as the African culture — the kind of support traditionally associated with being part of a missionary team. While one might fantasize about being a solo expatriate, serving directly under the leadership of an African institution, it is difficult to imagine working alone successfully in the African environment. Team support includes encouragement, helping to set boundaries, providing practical help with housing and “life” and providing spiritual and mission-work support/accountability. Teams also provide a context for believers to engage in repentance and reconciliation and in a way that demonstrates Christ’s glory to a watching and waiting world.

For your prayerful consideration . . .

For you know the grace of our Lord Jesus Christ, that though he was rich, yet for your sake he became poor, so that you through his poverty might become rich. — 2 Cor 8:9

I know that the Lord secures justice for the poor and upholds the cause of the needy. — Ps 140:12

[In the second and final installment I will discuss some models of Academic partnership in Africa and hope to learn from readers about more and highly successful models.] 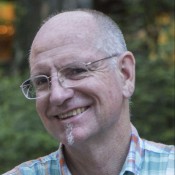 Dr. Bond is currently in French language school preparing for a new role working under an American NGO providing medical education, pediatric consultation and recruiting professors for Hope Africa University in Bujumbura, Burundi. He and his wife expect to be on site in Bujumbura in early 2014.

Dr. Bond has authored more than 50 toxicology articles or chapters and delivered more than 100 major toxicology lectures in the United States and 30 around the world. His particular career interests have been in pediatric poisoning injury, acetaminophen toxicity and the epidemiology of drug abuse. He has participated in the training of more than a score of toxicology and pediatric emergency medicine fellows and innumerable residents.

Dr. Bond has long been interested in international medicine. In 1985-1986 he served as the sole doctor for a rural area of Kenya with a population of 30,000-50,000. He has lectured to physicians throughout the world. He serves on the board of World Harvest Mission, an NGO with health related work in Kenya, Uganda and South Sudan. He has assisted the World Health Organization (WHO) in developing rural triage criteria for pediatric hydrocarbon exposure and pediatric pesticide exposure. He has served the WHO as an onsite trainer of physicians and other health care workers at the site of the outbreak of severe pediatric lead poisoning in northern Nigeria. In 2012, he pioneered a long-term on-site presence for Cincinnati Children’s Hospital at Kamuzu Central Hospital in Lilongwe, Malawi. As a result, that work is funded through 2017.