You are here: Home / Christ / Christ and the Academy / Improbability not equal to impossibility

I have truly enjoyed the opportunity to connect with Zak Schmoll. I pray God’s blessing upon his

AND whatever else God has in store for him. To God be the glory! ~ Thomas B. Grosh IV, Associate Director of ESN, editor of ESN’s blog and Facebook Wall.

As a Christian who believes that developing a reasonable basis for the faith that we have is a valuable and useful effort, I have greatly enjoyed reading a variety of texts by several different apologists. Naturally, each one brings something a little bit different to the table and provides a variety of reasons as to why Christianity is indeed a reasonable belief system.

The general fine-tuning argument basically revolves around a seemingly obvious observation that our universe is so complex that it would be extraordinarily unreasonable to assume that everything occurred by chance. For example, there are numerous little pieces that need to interact on earth to create a planet that is capable of sustaining life. If all of these quantities did not exist in the perfect balance, our planet would not be inhabitable. Of course, if you extend this reasoning to the entire universe and how it is all held together by a variety of different forces such as gravity itself, it seems incredibly unlikely and virtually impossible that such a universe could come to exist without an intelligent mind behind it.

As a statistician however, I am a bit concerned if this is the only argument that we bring to the table during a discussion about origins. Yes, it is certainly a good piece of evidence that the existence of an intelligent creator is probable, but we need to be careful that we do not confuse incredibly unlikely with the concept of impossibility.

Improbability is in fact not nearly the same as impossibility. Improbability means something along the lines of unlikely. Impossibility means something that could never happen. For example, it is unlikely that the world will be hit by an asteroid tomorrow. It is so unlikely that we pretty much make the assumption that it is impossible. However, there is an extraordinarily small chance that this type of event could occur and entirely surprise all of the space agencies around the world. There is a very tiny chance that they all missed something that is barreling towards the earth and will intersect with our orbit tomorrow. It is simply a highly improbable event. It is not impossible.

This is an important differentiation to make because if we are talking about time as something infinite as many Darwinian evolutionists will presuppose it does, the highly improbable certainly has a chance to become probable. For a more accessible example, if I told you that you had a one in one million chance to win $100,000, you would probably say that it is highly improbable to think that you could win the money. However, with an infinite number of drawings, it is certainly probable and almost guaranteed that you would win that money at some point.

The universe existing as we know it today is extraordinarily improbable if random chance is the only thing that is at play and is practically impossible. The delicate balance that we see everywhere in nature is so perfect that even if one constant was altered by a miniscule amount, the universe would not be able to exist as we know it and life would almost definitely not be sustainable. Think about the infinite number of ways that the universe would not be able to work as opposed to the one way that it does fit together.

Regardless, that in and of itself does not absolutely point to the fact that it was impossible for this to happen without a designer (if you are willing to also overlook the fact that nonliving objects would somehow need to create living cells, but that is another argument for another day). I would presume that your everyday opponent in a debate like this would probably answer with something along these lines, “Rather than God being infinite, what if this universe or time were infinite? Is it not then possible that over an infinite amount of time such a tiny probability might not be so tiny?”

It is kind of like the lottery example I provided earlier except on a much larger scale. If there is infinite time (that is a major assumption that your opponent would need to somehow prove) for something extraordinarily rare to happen, it would certainly happen once, and that is all it would take to have the miraculous universe we have today.

I do not want to come off as someone who believes that Intelligent Design is unreasonable because as I said before, I do believe that there is plenty of evidence backing such a conclusion such as the observations of things like irreducible complexity. However, I want to encourage you to not simply answer people who question Intelligent Design with a simple response such as, “Everything is too complicated to be the product of random chance.”

This argument can be too easily countered if it stands alone. It needs to be supported by other concepts such as the basic conundrums of how something came out of nothing or what caused the creation itself. By just using that sentence alone, it is kind of like saying that something improbable is impossible. That is not true from a statistical perspective.

If we are brought to a debate such as this and only have one chance to respond, we need a more complete basis than one that many people are far too quick to dismiss through basic statistical definitions.

Fine-tuning is certainly a piece of evidence and something that I believe supports Intelligent Design in a major way, but it does not seem to be an entire argument in and of itself. 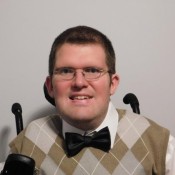