You are here: Home / Christ / Christ and the Academy / The Myth of Sodom and Gomorrah

Homecomings for Christ-following secular university students may not always be perfectly sweet. The mellow look of sympathy from a friend or loved one is accompanied by the statement that “Now that you’re home, you can be with real Christian people.” Or the concerned question “How in the world can you study under professors that don’t believe in Jesus?” might be followed by “Do you have friends who drink?”

As Christians, we are an extremely diverse group of people. We are not marked out by our skin color or our physical appearance, our anthropological form or our particular language. Rather, we are marked out by the state of our souls. Our group contains all skin colors, dialects, and tribes. We are His people and He has called each of us to a specific calling that is unique to us. My specific calling for my time on earth is different than every other Christian’s calling, and the same can be said of you. Generally, we do a pretty good job of respecting this fact. We respect that a pastor is called to serve the church directly and to teach, while a computer technician is called to glorify God in his workplace and through advancing technology, and an artist is called to glorify God through her art.

However, I’ve encountered that many Christians are afraid of the calling to secular academics. I’m sure this is a common experience for many Emerging Scholars. This is what my mentors and I now call the Myth of Sodom. Essentially, when I hear “Now you get to be with real Christian people” after returning from a semester at a public college, I hear “Welcome back. Hope you survived Sodom and Gomorrah”. I’ve seen this prevalent in Christians who are in their teens to Christians who can’t remember the details of their teen years. And I’ve been guilty of it myself, and have needed to repent of it and ask the Lord to change me.

Essentially, sometimes Christians mentally label the secular university in its entirety as a modern day Sodom and Gomorrah (See Genesis 18 and Genesis 19 if you need a refresher!).  Around the time the Lord made clear to me that He was calling me not just to attend a secular university, but to minister to its needs as my vocation, I got all sorts of worried looks, as did my parents. As a philosophy major, I watched as Christian brothers and sisters in Christ worried about my safety as if I was headed to a strange and hostile country. Some had serious talks with my parents asking them to re-consider letting me go. Others will still tell me I made the wrong decision to this very day (long after I’ve “survived” a good deal of time at a secular school).

But I don’t believe that the Lord sees my university as a Sodom. And I don’t believe there is cause for worry. There is always cause for prayer (and I welcome the opportunity to ask for prayer!), but there is truly nothing to be afraid of. As some ESN scholars are called to serve the Lord in secular academics, we need to be able to communicate and clarify the reality of the public university to our brothers and sisters in Christ who are frankly terrified of it. Most importantly, we need to be able to clearly communicate the mission that Christ has for the public university and our role in it.

Here are some vital things I’ve learned to communicate to others while dealing with this myth:

Hopefully, these paths of communication are somewhat helpful to you as you (or your friends) deal with the Myth of Sodom. What has dealing with this myth looked like in your life? How do you respond to it? 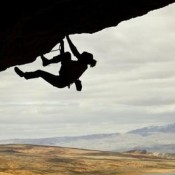 Monica Greenwood (pseudonym) waited impatiently for three years for the day she walked into her first graduate seminar in philosophy. Before that momentous day, she was an undergrad upperclassman studying philosophy at a state school known for its agriculture program. Today, she writes, studies, teaches, and her passion remains the same: the education of undergraduates, specifically underclassmen, in introductory philosophy courses.