You are here: Home / Christ / Christ and the Academy / Thank you. You can rest Dallas Willard.

I write after a good cry. Dallas Willard died this morning after announcing stage 4 cancer on Monday. You can read more here.

For those who don’t know, Dallas was a longtime philosophy professor at USC. He was a great voice for Christianity and his writings will continue to influence new generations of Christians. His book Spirit of the Disciplines was influential in my life, helping me to see that following and becoming like Christ is our life’s work. I became a disciple by reading this book.

At the end of my first semester on campus at USC I stopped in my tracks one day with the conviction that I should visit Dallas’ office and share more of my heart with him. We had met a couple of times earlier in the semester, but I had only been able to introduce myself briefly.
I had an apple left over from my lunch and I grabbed it and walked to Dallas’ office while I sifted through the thoughts I wanted to communicate. He was in his office and only had a few minutes before class. He was standing and eating a peanut butter and jelly sandwich while reading something on his desk. He welcomed me, the interruption. I gave him the apple and after explaining that I was new on staff with InterVarsity and planting a ministry for graduate students and faculty, I said something like, “It is such an honor to be here at USC with you and I want to learn from you. I’d like to work together.”

The two times I had introduced myself to Dallas previously, I had also told him about the ministry. Both times he had said, “that’s hard work.” This time he said, “tell me your name again.” I smiled and said “Joe Thackwell” and spelled my last name, I went on to tell him about an idea for a Spiritual Disciplines Research Group I had been talking about with two USC Ph.D. students. We set an appointment to meet and talk about it.

Like many other pilgrims, I had my hour with Dallas on May 31st of 2012. Almost one year ago. It was a wonderful hour. He dissected the academic process for the Ph.D. students he knew I would be serving. He then graciously described his own experience as a Christian in the academy and in his department. He responded with affirmation to my idea of a research group and referenced Ignatius’ great research project.

Then he mused. He spoke of non-monastic orders that combined prayer and work — of the basic need to know and the different ways of knowing — of the need for Evangelicals to redefine their presence at the academy. Instead of starting with evangelism and personal devotion, Dallas imagined with me what it would look like to start with the importance and holiness of the academic’s work itself. Imagine the witness of Christian scholars treating their intellectual work as discipleship. Imagine the startling effect of academic work approached as devotion to God.

I am imagining it with you today Dallas. In big letters on my page of notes from that hour is the date “July 10th.” Dallas shared with me at the end of our time together that he had two surgeries upcoming, and that one of them was related to a detected cancer. He was so matter of fact about it and peaceful. His last words to me were “we’ll work on this together, Joe.

Of course I well up with tears as I write this today. Dallas had every intention of returning to work in the Fall of 2012. His work which was his devotion and obedience to the Lord. It is a small thing that he could not fulfill his hope to work more with me and our ministry here at USC. We will continue our work drawing inspiration from him. I recently talked with a new professor at USC who asked for an hour with Dallas as part of his terms for considering a position at USC. As I wrote in the comments section of the Christianity Today blog site today, Dallas ran the race well and he is now in the stands cheering us on. Dallas is more than a muse. He is part of the cloud of witnesses now.

The bigger loss is the next thoughts he was eager to share in his writing. Throughout his year-long battle with cancer he communicated that he was hoping to get back to work and write.

So, Dallas, my last words for you are “Thank you. You can rest.”

P.S. If you have not engaged Dallas’ writings and thoughts I highly encourage you to do such.

Thank-you to Joe for sharing his partner in ministry email update with the Emerging Scholars Network — giving us a glimpse of the campus legacy Dallas leaves as he joins the great cloud of witnesses cheering us on in the race before us. To God be the glory! ~ Thomas B. Grosh IV, Editor. 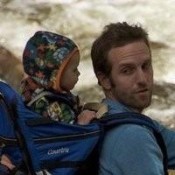 Joe is a pastor in the Evangelical Covenant Church and the Director of InterVarsity's Graduate and Faculty Ministries at USC. He and Lisa have been married for ten years and have two boys. They live in Altadena, CA and love adventure.