You are here: Home / Christ / Christ and the Academy / Book Review: Homosexuality and the Christian

We’re beginning an occasional series of short book reviews, written by guest writers, on topics relevant to Christians in the academy. The following review is by Tim, a professor at a small private college. Thank you, Tim! If you’d like to contribute a book review, please get in touch. ~ Mike

This year has seen homosexuality in the news more than usual. In March, Vanderbilt University began prohibiting student groups from requiring officers to sign a statement of beliefs, following a homosexual student’s complaint[1. For more on the situation at Vanderbilt from the InterVarsity staff there, visit InterVarsity at Vanderbilt. ~ Mike] In May, President Barack Obama and Vice President Joe Biden endorsed same-sex marriage. In June, Alan Chambers, president of Exodus International, the largest Christian group focused on ministering to homosexuals, said he no longer considers it helpful to counsel homosexuals to try to “change” to become heterosexual. In June, comments about homosexuality made by Dan Cathy, the president of Chick-Fil-A, were made into front-page news, and stoked rallies of support and protest around the nation.

In view of this ongoing issue which is relevant to us Christian academics, I recently had the opportunity to read Homosexuality and the Christian: A Guide for Parents, Pastors, and Friends by Dr. Mark Yarhouse and also to hear him explain his research in person. I greatly appreciated his thoughts, and wanted to provide a short review of his book to encourage others to read it also.

First, Yarhouse says that he prefers to discuss the question of identity, rather the question “what causes homosexuality” or the question “whether a homosexual person can change to become heterosexual.” He avoids these questions because, from a research point of view, it is still unclear what (if anything) “causes” homosexuality. He says that it is likely to be a mixture of many factors, including genetics, environment, and personal choices. Furthermore, there are mixed results about whether people can change to become heterosexual (“ex-gay”) following “reparative therapy”. Some people do report permanent changes, while others report unsuccessfully trying to change.

Yarhouse separates “homosexuality” into three aspects: Attractions, Orientation, and Identity. Attractions simply refers to experiencing feelings of same-sex attraction (SSA). Orientation is when a person experiences SSA not just once in a while, but strongly, repeatedly, and for a prolonged time in their life. Identity is when a person chooses to say “I am gay” in the sense of being defined as a person by their feelings of same-sex attraction.

Yarhouse has found through his surveys and interviews that in general, there is a significant group of Christian people who experience same-sex attraction but choose to locate their identity in Jesus Christ, rather than choosing to identify as gay. When faced with the question: does persistent same-sex attraction reflect “who I really am inside,” or instead reflect ”something I have to deal with as a result of the Fall,” these Christians choose the latter.

Yarhouse cited Wesley Hill (author of Washed and Waiting) as an example of a man for whom Christ comes first in defining his identity, while same-sex attraction takes a backseat. All of us have temptations of various sorts, says Yarhouse – some toward gluttony, others toward heterosexual lust, others toward homosexual lust, etc. All of these are simply the effects of the Fall that we have to deal with, and fight against, until we reach heaven and are perfected by God.

I found very helpful Yarhouse’s research and nuanced separation of attractions versus identity. I think we have all struggled with hearing the polarized rhetoric from both sides of the debate, and wondering whether homosexuality is voluntary (“they chose their lifestyle”), involuntary (”we were born gay”), or somewhere in between. Yarhouse suggests that same-sex attractions are generally involuntary, but a Christian experiencing them still has a choice about how to respond — a choice about where to ground one’s identity. His book includes excellent commentary on listening and counseling friends or family members who struggle with this issue. Whether you may end up agreeing or disagreeing with Yarhouse, in my opinion his careful analysis of the research and his clarifying discussions are worth a read. 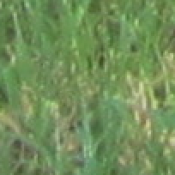 A professor at a small private college.