You are here: Home / Christian Thought and Practice / Immigrating the Legal Way. Part 6 of Welcoming the Stranger Series An understanding of the actual waits and costs implied when we suggest that immigrants wait their turn and immigrate the legal way is helpful. It is equally important to acknowledge, though, that many (probably most) of the people who immigrate illegally to the United States did not even have the option to get in line, because they have no qualifying family member who is a US citizen or Lawful Permanent Resident. – Soerens and Yang (2018), “Immigrating the Legal Way: Our Immigration System Today,” Chapter 4 in Welcoming the Stranger, p. 79.

Chapter 4 describes the types of legal status an immigrant can hold, and gives a sense of the choices one finds before them when confronted with the need to come to the US. Chapter 4 is very important, and is mandatory if one wants to contribute intelligently to any discussion of immigration and immigration policy. These statuses and choices are frequently misunderstood, so I’ll err on the side of presenting more of what’s in the book in this post than normal. This post will be long, so you might consider the next two paragraphs after the key questions the tl;dr version. Of course, I’m including my own reflections so you can assume that the following opinions, mis-statements, or mis-understandings of facts are my own and not those of the authors of Welcoming the Stranger. 😉

Why Can’t Immigrants Just Get in Line?

This chapter starts out by asserting that one of the greatest points of confusion for many native-born US citizens is why anyone would want to come here “illegally.” I’d say this is high on the list for one of the biggest stumbling blocks for those who understand why people migrate to the US, yet believe we are a nation of laws whose immigration policies must be governed accordingly. Most Americans, as discussed in Chapter 2, are used to policies, procedures, processes, etc. that work. Most public features of American life do not depend on things like wealth or social class, able-bodied status, race, gender, religion, or country of origin. In fact, it is often illegal to discriminate on the basis of these factors and others. Our systems are designed for inclusivity, not exclusivity. Native born Americans are used to “trusting” the system. We generally assume that when something needs to be done, there is an appropriate place or authority to turn to. When we apply for things, generally, our applications go where they need to go, are evaluated by the intended audience, are judged on their merits, and have processes of meaningful appeal if the decision did not seem transparent enough. We know this is the case because when the transparency requirement is not met in American life, it becomes a major point of public discussion. Generally, for American citizens, the machinery of government can be assumed to work in the background of our lives except in cases of injustice or incompetence. Writing this as an African-American male, I understand this is a gross and in some ways coarse over-simplification of the true state of things for many American citizens—not just Black ones—but bear with me as I think this generalization is fair enough for this conversation.

Unfortunately, our immigration system does not seem to work like this at all. As we will see momentarily, there are often no processes or procedures in place for normal, middle-class working families who find themselves needing to come to the US. The situation is much worse for those who are poor. The procedures can be assumed to not work for many immigrants. While transparent, it can seem as if our immigration policies are designed for exclusivity, not for inclusivity. Furthermore, while native-born Americans are used to “trusting” the system, many immigrants cannot place such trust in the US immigration system. The option of “getting in line” or “taking the legal route” is in many cases no option at all.

There are four types of immigration statuses one can hold:

The information presented in the book concerning pathways to legal status is somewhat complex, so I won’t venture to re-state all of it here. The revised version of the book has a neat section called “Waiting your turn in line” that does a nice job of making tangible some of the “lines” a prospective immigrant can stand in. In general, there are three paths to legal status in the US that bestow a status somewhat similar, if not equal to, Lawful Permanent Resident:

Perhaps it is appropriate to close this post with a quote from Soerens and Yang (p.84):

That immigrants should wait their turn and immigrate the legal way sounds entirely reasonable, but the realities of our present immigration system complicate this truism. The immigration system, many would agree, is broken. Just how we fix this broken system, though, is a question of heated controversy—in Washington, DC, and even in our churches. As Christians, our response to these challenging issues should be informed by Scripture, which guides us toward how God would have us think about immigration policy and about immigrants themselves.

Editor’s note: Pray for Royce’s training as he prepares to run the Baltimore Half Marathon in support of World Relief. Stay tuned for updates. Go Royce! 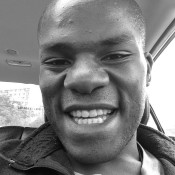