You are here: Home / Christian Thought and Practice / Disagreement Mark Eckel is a longtime friend of ESN and has contributed to the blog many times, including writing a series on suffering and another on movies, as well as one of our most popular Scholar’s Compass pieces on how housekeeping develops many of the same virtues in us as studying the liberal arts. You can find all of his previous work for the blog here. Mark continues his new series in today’s post. He shares from his experience of discussion as a radio host for Warp and Woof, and as president of the Comenius Institute.

I find I am much prouder of the victory I obtain over myself, when, in the very ardor of dispute, I make myself submit to my adversary’s force of reason. – Montaigne[1]

Government “shutdowns” or university stalemates do little to overcome disagreements. Entrenched, combative pugilists seek only to dominate and humiliate. “Victory” comes at a cost, a cost not always immediate in its impact. Proverbs 18:18 says, “The lot puts an end to quarrels and decides between powerful contenders” (ESV).

Better to settle and lose a little, than to fight and lose a lot. When there is truth on both sides of an argument, “winning” an argument is not worth the cost. Two powerful contenders must ask themselves, “What am I willing to give up to get most of what I want?” Living together in harmony necessitates compromise and conciliation on both sides.

Synthetic, reinforcing parallelism in the verse (the second statement confirms and augments the first) conveys the compound importance of the idea: settle out of court. It’s better to throw lots than to throw punches. “Lots” functioned much as our sealed bids do today. As long as both sides agree to the outcome, no one can argue the result. “Court cases are sometimes settled by a blind choice of one verdict from among several equal ones.”[2] A former student, now a lawyer and mayor his town, told me, “When both lawyers leave the courtroom dismayed by the verdict you know that the judgment was about as good as it gets.”

University settings can create verbal combat zones. Territorial attitudes sometimes leave little room for hearing others. “We have taught it this way for years” or “Changing the curricula would be the death of our department” or “Monies earmarked for this school will only serve our group of students” are non-starter discussion points.

Professor Karen Swallow Prior of Liberty University addressed the ideal of disagreement in an academic setting. Instead of feeling threatened, responding defensively, she said,

In academia, the underlying assumption is that the discussion of ideas is part of the larger pursuit of truth. Disagreement is not intended to be personal, but to be part of a shared, transcendent objective. How much more is this so in the church? My desire is for Truth, and while I hold many deep convictions and even more opinions, my commitment to the Truth of God is stronger than these.[3]

Professor Prior’s comments ring true when one reads Philippians 4. Two strong women—Euodia and Syntyche—struggled with agreement (Phil 4:1-3). Paul encouraged them and all who worked with them to see the bigger picture. Not only did they labor side by side but for the same cause. Whatever our position in the university, our school mission remains the same. Agreeing to the larger issue, finding a way to hold our disagreements in tension with each other, is a way that “strong contenders” can work together.

Dr. Clyde Posley and I now co-host our Comenius Institute sponsored Warp & Woof Radio show.[4] Dr. Posley is African-American, I am Euro-American. We are both academics, each have earned PhDs, and we both enjoy speaking in various venues around the country. We have agreed that our disagreements politically and culturally are nothing in comparison to the agreement we share both to The Kingdom of Christ and the authority of God’s Word in our lives. Our collaboration as friends and brothers in Christ seeks oneness in every arena of God’s world.

Our agreements far outweigh our disagreements.

May we seek wisdom from above which is pure, peaceable, gentle, open to reason, full of mercy and good fruits, impartial and sincere. Amen. (James 3:17) 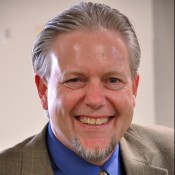