You are here: Home / Christian Thought and Practice / Highlighting Community: Spring Lectures, The Central Pennsylvania Forum for Religion and Science

Through the Highlighting Community feature, ESN shares the work of likeminded organizations and groups. Today, we’re delighted to tell readers about two free upcoming lectures at Messiah College, sponsored by Messiah College Ministries and The Central Pennsylvania Forum for Religion and Science. Historian of science and friend of ESN Ted Davis is organizing both lectures. You can browse his blog at BioLogos here. Lecture 1: Darwinism and the Victorian Soul

The basic idea of evolution rapidly captured Anglo-American science after Darwin published On the Origin of Species, but there was much resistance to extending that to theory to human evolution—especially the evolution of human consciousness, higher critical thought, and morality, which are often associated with the human soul. Dr. Larson compares reactions to Darwin’s two most famous books, On the Origin of Species and The Descent of Man. He also compares Darwin’s views with those of Alfred Russel Wallace, the co-discoverer of evolution by natural selection. Finally, he examines the views of Richard Dawkins, Francis Collins, and the Roman Catholic Church. Overall, Dr. Larson offers an historical perspective on how scientists and other people have accepted evolution without rejecting the idea of a supernatural soul. Lecture 2: Science and Religion with a Southern Accent: Scripture, Science, and Southern Identity in the Shadow of the Civil War

Southern Presbyterian theologians enjoyed a prominent  position in antebellum southern culture. Beginning in the 1840s, Southern Presbyterian theologians like Robert L. Dabney, Benjamin M. Palmer, John L. Girardeau, and  James Woodrow (an uncle of future president Woodrow  Wilson) identified biblical orthodoxy as the basis of  southern culture and southern culture as the protector of  the authority of scripture. They brought their perspective  to bear on such diverse concerns as racial amalgamation, Yankee commercialism, radical democracy, women’s  rights, public schools, philosophical empiricism, higher  criticism of the Bible—but especially natural science.  Developments within modern science seemed to express  the rationalistic spirit of the age and to threaten the long- held Protestant conviction that science was the faithful  “handmaid” of theology. They saw threats in polygenist  anthropology (the popular mid-nineteenth century  hypothesis that human races were in fact distinct,  separately created species), geology, and evolution. While seeing themselves as defenders of the developing myth of the Lost Cause and guardians of southern culture, they experienced a crisis about modernity as they grappled with the nature of scientific and religious knowledge and how to relate them to a Southern culture in the shadow of the Civil War and reconstruction. 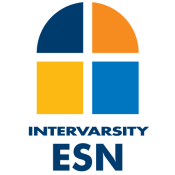