You are here: Home / Christian Thought and Practice / Advent / “In the Fullness of Time” – An Advent Devotional on the theology of time

Advent is a time of both beginning and anticipation. In human history, we have always tracked time from the perspective of the beginnings which define a person, a culture or a nation. We celebrate our birthdays and anniversaries as beginnings: the beginning of life, the beginning of life together. In the Old Testament, Israel orients their calendar year, really their time, around their defining event, the Exodus. In our modern period, we in the United States, though we follow the standard Western calendar, still orient our time around our beginning. July 4th is the oldest of our national holy days, where we still follow John Adams’ advice and celebrate the day with feasting and fireworks. If you were to receive an official proclamation from the President of the United States, it would include two dates: the standard year in Anno Domini and words similar to this, “In the year of our liberty . . .” in which the number of years since 1776 is given. If our nation had been formed before the standardization of the calendar, our new year would begin on July 4th instead of January 1st.

And yet, there is an otherness which is operative as well – perhaps it would be better to say a hiddenness. A hiddenness of what it means it means for God to track and to act in history. Why God acts when he acts is something we will never be fully known. That God was going to act is deeply etched into the history of mankind going all the way back to the deep history of the Bible. C.S. Lewis even said that this act could be found in the myths of other cultures – more on that at another time. Genesis 3:15 hints at God’s coming action through a son of woman. It would seem that beside the flow of history, God was waiting for a particular woman to be born, the virgin mother of God who would bear the Messiah. A divine understanding of history which is narrowed to a particular family, and to a particular girl. Mary, the highly favored one, says the words which echo Christ’s words – “Let it be to me as you have said.” And in that act of Mary’s fiat and God’s action of divine impregnation, God would be both with us – Immanuel – as well as for us – Deus pro nobis.

Paul plunges us into time, and yet takes us out of time at the same time. Both a human and a divine reckoning. And it is the human and the divine which is united in Paul’s theology of time: united as the two natures which are united into one person of Jesus Christ. An emptying and a filling – an emptying of the divine and a filling of the human. A god who becomes one of his own creatures. In the terms of Athanasius, the Creator who created his own mother so he could be dependent on her for his very life. It is this union of the human and divine, in the person of Jesus the babe in the manager, which reorients time itself. Time before Christ takes on a new meaning; time after Christ gains a new telos. Time begins, in a sense, with Christ. Or perhaps, begins again would be a better idea. Time, cursed by sin like all of creation, must be recreated. And only the one who created it could recreate it. But only when the time was right. Time is the means to bring about the healing of time.

As Christians, it is right and proper that our calendar, the liturgical calendar, should begin with Advent, for it is Christ’s advent which changes time. Time begins again; history turns a new page and the ancient prophecies are given new meaning. Advent is a beginning, but it is also a longing; an anticipation.

Advent is about Christ’s coming, but it is not simply his past coming; it is also his yet coming which holds our attention. Time is now not simply a succession of days or seasons or years; time now has a telos, an end, a fulfillment. In Advent, we connect time to the coming of the long expected Jesus not simply for Christmas, but for Easter and for Pentecost. Not because these events are the terminus of the Gospel hope, but because these events, though in anchored time, point beyond themselves. They point to fulfillment, when the shadows of time become real, to use a C.S. Lewis image. Advent, like the joining of Christ’s two natures, must join together our understanding of time; a uniting of Past and Future; a unity of prophecy and fulfillment. Advent is both a celebration of coming and a prayer of longing. A longing for the coming of the same one born in manger, born of a woman, born to redeem, born to heal, born to complete, born to finish, born to unite. The Church cries during Advent, “Even so Lord, come!” 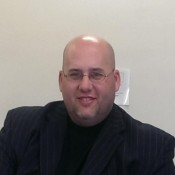