Wisdom & Wonder contains a new translation of chapters written originally under the title Common Grace in Science and Art.

Common Grace refers to God’s preservation and self-revelation within the created order, which is imperfectly but universally available. It is revelation by the creation as well as an invitation to study, understand and enjoy the creation. It is “common” because it is not limited to Christian believers.

I’d like to give a brief account of Kuyper’s perspective on Science and Art – though he discusses a number of other topics. Kuyper states that art and science were given their start and patronized by the church and the state. One sees this in any survey of Art History: the earlier the art, the more likely it was part of worship. Art and Science, though birthed by church and state, possess legitimate and independent domains.

First, then, let us emphasize the independent character of science. Before everything else it must be understood that science is a matter that stands on its own and my not be encumbered with any external chains (33).

Science had its origin in the church as it grew out of the universities, which had their birth in the church.

Science has not demanded such independence in overconfidence, but possesses this independence by divine design, so much so that science neglects its divine calling if it permits itself again to become a servant of the state or church. Science is not a branch growing from the trunk of government service, and even less a branch that grows from the root of the church. Science possesses its own root . . . (34)

If, therefore, God’s thinking is primary, and if all of creation is to be understood simply as the outflow of that thinking of God, such that all things have come into existence and continue to exist through the Logos, that is through divine reason, or more particularly, through the Word, then it must be the case that the divine thinking must be embedded in all created things. Thus there can be nothing in the universe that fails to express, to incarnate, the revelation of the thought of God (39).

In this way, then, we obtain three truths that fit together. First, the full and rich clarity of God’s thoughts existed in God from eternity. Second, in the creation God has revealed, embedded and embodied a rich fullness of his thoughts. And third, God created in human beings, as his image-bearers, the capacity to understand, to grasp, to reflect, and to arrange within a totality these thoughts expressed in the creation (41-42).

Art had a similar origin and division from the church. Art does not need to return to the patronage of the church. The Reformation, according to Kuyper, with its restrictions on art in worship, brought about an abrupt separation in Western Europe, especially where the Reformed Churches predominated. This is a good thing. Yet a true artistic vision will be incomplete without the corrective influence of the Holy Spirit and the Scriptures. Art is independent, but needs guidance to find integration

The inspiration for art never belonged to particular grace, but always proceeded from common grace. It is exactly everyday human living that constitutes the broad arena where common grace shines, and simultaneously the arena where art constructs its own temple as well (118).

The separation between church and art, therefore, does not at all bear the character of a complete separation between art and religion. Instead, the bond between both is guaranteed in the ideal character of both, so that if people refuse to permit the refined religious impulse to affect art, that defect belongs not to art as such but to the impiety of those advocates (118-119).

By way of evaluation, I have several comments.

One has to read Kuyper with grace. He made assumptions about non-European cultures and non-Christian religions that could offend our sensibilities. We are all marked by the prejudices and judgments of our town times. Try not get impaled on these thorns.

The independence of Art and Science as domains intended by the Creator and built into the world is a scriptural idea. Kuyper cites passages such as Genesis 1 where God created by the Word. Wisdom Literature sees wisdom imbedded in all things (e.g. Proverbs 3:19-20; Proverbs 8). The wise even seemed to gather wisdom from other places (see Proverbs 22:27ff and the 30 Sayings of the Wise).

One does not need to do Christian science or Christian art to be a faithful Christian in those domains.  One needs to do good science or good art. Yet, science and art are powerful tools that come without a clear moral compass or centering integration. A believer ought to do art or science in a way that is truly integrated by means of Special Grace.

Sin’s darkening lies in this, that we lost the gift of grasping the true context, the proper coherence, the systematic integration of all things.  Now we view everything only externally, not in its core and essence, each thing individually, but not in their mutual connection and in their origin from God. That connection, that coherence of things in their original connection with God, can be sensed only in our spirit (55).

What I’d like to do is gather a few bible students, some artists and scientists from any field and read and discuss this work together.

Thank-you to David Carlson for his contribution to the Emerging Scholars Network Blog. As you may remember, on Wednesday Dan Jesse (Adjunct Professor of Philosophy at Grand Rapids Community College and Kendall College of Art and Design) also posted a review of Wisdom & Wonder: Common Grace in Science & Art. I was going to wait a week to post this review, but I thought that those who follow the blog would enjoy comparing the reviews, adding to the comments, and reading/discussing Wisdom & Wonder with friends sooner rather than later 🙂 To God be glory! ~ Thomas B. Grosh IV, Associate Director of ESN, editor of ESN’s blog and Facebook Wall.

Deep down ESN longs for our reviews not only to foster dialogue, but also to serve as teasers — providing an opportunity for our readers to discern what books to place in their personal and book discussion group queue. If you have books you desire to review and/or to have reviewed by ESN, please email ESN. 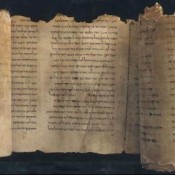 David Carlson was born and raised in Port Orchard, Washington and attended the University of Washington, getting a BA in History in 1978. He took two years to do volunteer work with InterVarsity at the University of Montana in Missoula. The most interesting job he had at that time was to work on a helicopter logging operation. He graduated from Trinity Evangelical Divinity School in Deerfield, IL with a Masters of Divinity with an emphasis in Urban ministry in 1985. He has pastored in Queens, New York for 9 years and Madison, Wisconsin, about 2 miles from the campus of the University of Wisconsin, for 20 years. He has a blog on the Bible called Fresh Read at http://freshread.wordpress.com/, and one on the arts at http://twobookretreats.com/ in which he seeks to engage an unchurched audience.