You are here: Home / Christ / Christ and the Academy / A New Awakening? Creation Care & the Lausanne Movement

That is one important conclusion that comes from reading the landmark Cape Town Commitment (CTC) the latest signature document of the Lausanne Movement. The CTC is historically important for the entire evangelical family, but particularly for those of us involved in the creation care movement.

The document has credibility and authority because of what it is, the latest “confessional statement” of the global church as represented by the Lausanne Movement for World Evangelization, which significantly traces its own roots to John Stott and Billy Graham.

The first global meeting of Christian leaders under the Lausanne banner in 1974 gave us the Lausanne Covenant, a defacto statement of faith that gained immediate and widespread acceptance within the evangelical community.

Fifteen years later the Manila Manifesto was produced by the 1989 Lausanne World Congress meeting in Manila. This meeting was organized around the theme that has come to characterize Lausanne: “The whole church taking the whole gospel to the whole world” and the Manifesto laid the foundation for genuine partnership between the churches of the east and west, north and south, opening an era in which the “whole church” has participated in the missionary enterprise in ways unseen before.

So now we have the third volume in this series: The Cape Town Commitment. Authored by theologian and John Stott heir Chris Wright, it summarizes the gospel that we evangelicals believe and are committed to proclaiming to the world in the language of love:

The Cape Town Commitment brings the message of the gospel and the needs of our modern world into focus as no other document has before. It is already being used by the Lausanne Movement as the basis for a 10 year plan of action.

The Cape Town Commitment legitimizes and prioritizes creation care in one line:

Creation care is thus a gospel issue within the Lordship of Jesus Christ.

Importantly, the document arrives at this conclusion through a number of unassailable biblical assertions. For example (italics in the original):

These assertions are not entirely without controversy, and objections to portions of this section have been raised on several occasions since the Cape Town meetings. Early on, Lausanne leadership recognized that the content of these assertions would need to be explored further, and that plans for action would need to be developed based on them. To this end, Lausanne appointed me as a Senior Associate for Creation Care in 2012, with a mandate to hold a Global Consultation on Creation Care and the Gospel. This Consultation occurred in Jamaica in November of 2012, and produced another important document, the Jamaica Call to Action. Read the second post in the four part series to learn about the Two Convictions of the Jamaica Call to Action.

Note from the Editor: As you may have picked up along the way, I grew up in a family with a passion for the care of God’s creation. This spilled into action during high school, majoring in Biology as an undergraduate at Grove City College, and the lifestyle of our family (from Pittsburgh back to Lancaster County, PA). When given the opportunity at Urbana12, I could not resist connecting with Ed Brown and asking him to share a glimpse of the growth of creation care in Evangelicalism. BTW, isn’t great to have an InterVarsity Press (IVP) author (Our Father’s World: Mobilizing the Church to Care for Creation), join the growing team of contributors to the Emerging Scholars Network (ESN) blog 🙂 Hoping for more IVP authors to share with us in the coming months!

If you (and possibly even a group of friends) have a particular topic to bless/explore with other Emerging Scholars, no need to be an established/published author. Please click here to learn more about writing for the blog and email email me an inquiry/proposal to begin a conversation. Looking forward to hearing from you. ~ Thomas B. Grosh IV, Associate Director of ESN. 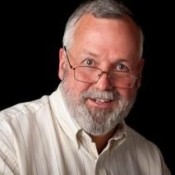