You are here: Home / Christ / Christ and the Academy / Do We See the People or Their Poverty?

Kami Rice continues her guest series for the Emerging Scholars Blog about her journey to India.

Since the day my high school youth group reported to our congregation about our mission trip to Brazil, when some of the other kids–some of whom had discussed, as we drove through Miami during our debriefing time, which fancy new car they wanted their parents to buy for them–poured stories into the microphone about how poor the people were, I’ve had an uneasy relationship with how church people talk about poverty.

I didn’t think the people we met in Brazil seemed all that poor. I had jaunted off on my own with some of the Brazilian youth group girls on several occasions, so I had seen more of their lives than most of my teammates had. But maybe I had missed something? Like maybe a gene for compassion?

This morning I worked on a writing project that included a scene from my first ever visit to a slum. That slum was in Kenya. This afternoon I visited an Indian slum.

And once again, as in Kenya and as in Brazil before that, I was struck more by what the people I met today have than what they don’t have. After spending a couple hours joining in on a tell-Bible-stories-through-henna-designs class with young girls and then briefly meeting widows praising God during a church service–all part of an expansive outreach founded by an Indian family–my hosts and I departed, following one of the pastors through a narrow walkway with low buildings and their front doors squeezing close on either side. Some of the doors were open, giving momentary glimpses into small but orderly spaces where TVs occasionally glowed into the gathering dimness.

Earlier, the 30 or so young girls who greeted us as we arrived for henna stories were bright eyed and engaged. They listened attentively to the story, answered questions, and glowed with beauty, their thick, long, black hair often plaited into a single braid and their clothing reflecting India’s beautiful fashion culture. Beauty, tidiness, energy, and intelligence certainly aren’t words we often hear associated with any place identified by such a loaded title as slum, but they were present today.

Other scenes did match the descriptions we more commonly hear recounted from slum visits. In a culture where shoes are slipped off before entering a home or room, the handful of shoes waiting outside the door of the room packed with widowed women indicated how few of them had shoes. And as beautiful as those widows were, some of them clapped with disfigured hands and looked out through damaged eyes. The occasional waft of unpleasant odor in the narrow walkway through which we exited the slum, the trash along the paths, and the closeness of everything, well, most people have heard all that before. But if the story stops with such details, it paints a picture that’s only partially true.

Too often, people in the church visit the poor and spend more time talking about their small houses (because we almost always view “small” as a negative thing) than we spend talking to them. We see their conditions, but don’t see them, continuing the dehumanizing effect their poverty has already wrought on them. Or when we do see them, we too-often return to our home churches and condescendingly, though with good intentions, describe how happy and hospitable the people were, subtly declining in our description to view as equals the people we’ve met.

Today as I brushed past dripping clothes hanging just outside one of the front doors we passed, I found myself struck by the dignity of people who manage to keep anything clean despite the dirt that surrounds them and the scarcity of water. Climbing the stairs to our henna class, I spotted a rooftop garden and was impressed by the ingenuity that finds space on the roof for growing things when a house has no yard.

Standing on the balcony outside the classroom, I was spotted by three young children playing in the lane below while their mother talked to another woman who was crouched outside her home washing dishes. The children waved eagerly and then excitedly dashed to interrupt their mother and point out what they’d spotted. She looked up, smiled, but then returned to her conversation. They kept waving at me and kept trying to interrupt her to get her to join in again. How many mothers around the world have played a role in such a scene? I was struck by how consistent we humans can be regardless of our setting.

It’s worth noting that except for today my visit here has so far thrown me into contact more with India’s middle class professionals than with its poor. I knew India’s economy was burgeoning, but I still hear so much more about the country’s poor than its wealthy that I’ve been surprised by busy shopping malls, thronging commercial districts, and Indians who—like their counterparts in America who have never visited the inner city or rural poor—have little or no direct experience with the poverty their country is known for. India has as many angles to its identity as the people living in its slums do.

Note: I’ve found Steve Corbett and Brian Fikkert’s When Helping Hurts to be an excellent resource for gaining a more accurate and nuanced understanding of poverty. 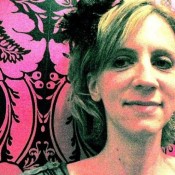